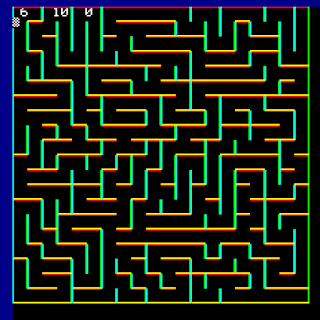 It's not really a game. I did think about making it into a 2D or 3D chase game, but it's just a maze generator at the moment. I do plan to do "Sword of Fargoal" , the old Commodore game (partly because I've already reverse engineered it so I know how it works).

It's a hunt and kill algorithm. What I really wanted to do was bully the core a bit - things like the loops, local variables, arrays and so on to see how it coped.

As always, if you do run the javascript one, reload it, otherwise it might grab it from the cache.
at April 05, 2020